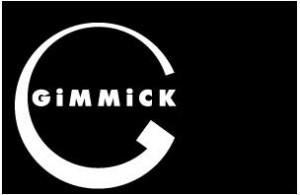 December is a busy time. I haven’t been keeping up very well with my intention to write a poem a day, but I have managed at least to write down a “poem starting point” each day that I haven’t written a poem draft.  I’ve overheard things, I’ve jotted down lines others have used in letters, Facebook posts, song lyrics. The days between December 20 and yesterday, December 28, all have bits of poems attached to them, like lint or coins you might find in a boy’s pocket. Or like bread crumbs you might follow out of a deep forest, back into the light of January and the post-holiday time/space continuum.

Last Thursday, December 26, 2013, I missed posting a prompt here. I knew I wasn’t going to do it; exhausted from Christmas, still in a Christmas coma, you might say, so when I overheard a friend say something on the phone that captured my attention, I wrote it down: “Tell her to make me something sour.” It’s a great line, and it has been drifting up through my consciousness into what might still become a poem. Time will tell.

There is a fine tradition of using snatches of conversation in poetry, the practice of “found poetry.” Defined as the “literary equivalent of a collage,” a found poem can be made of anything originally created, written or spoken by someone not the poet. Most found poetry is based on other writing, but my findings often come from what I hear other people say. It’s just another way into the poetic imagination, in through the ear, in through the eye.

“Found Poem” by Howard Nemerov. In this poem, Nemerov has taken a fact from the census and written an expansion/exploration of it, creating a poem from a found starting point.

“National Laureate” by Robert Fitterman. I have read that this poem is constructed from sayings made by poets laureate from all the states that have them. Fitterman has only arranged them and given them a title, thus provided his context and point of view. The found texts are unchanged.

A warm and witty poet, Ron Padgett, writes a great essay about the gimmicky nature of this “form,” and includes several excellent examples. I like Padgett’s stance against the subdivisions of poetry into serious (meaningful) and not (gimmicky), and the way he argues against the “must-ness” of poetry. “Self-expression is therapeutic and flashy technique is entertaining, but neither is necessarily good writing. So don’t let anyone hornswoggle you into thinking you should teach one to the exclusion or detriment of the other!”  Of course he is right. Good writing is not only about the form nor is it only about the intention of the poet, although both of those should play a role.

Your challenge is to write a found poem. Spend the day listening and looking; jot down lines that you find — jot them down exactly as they appear. Write any notes that you might like to help you remember the context. Or, don’t bother, and let the words exist without their original context and see how they will newly inspire you. Then, sit at your desk, with the found language arranged around you and see what happens.

Find yourself some merry little poems in the New Year. I’ll be seeing you in all the familiar places in 2014.

(And in case your tired of poetry, try Google-ing “gimmicks” and just watch the strange images flow by… maybe there’s a poem in there…)